Consistent hash rings are beautiful structures, yet often poorly explained. Implementations tend to focus on clever language-specific tricks, and theoretical approaches insist on befuddling it with math and tangents irrelevant.

This is an attempt at explanation – and a Python implementation – accessible to an ordinary high-schooler.

Fairly often, you need a way to take an item and get back another stored item. For instance, you may want to take a URL and get back the server the website is hosted on.

These cases can be accomplished by a map, which effectively acts like a phonebook – you look up names (or keys), and you get back information (or values) about the name.

A glossary, too, is a map – given a word, it can take you to the exact page the word is referenced.

All a map is is a way to take something that can point to another item, and then return that second item.

Computers can pull this trick off too: they take a value, and store it at a location in memory. Then, given a key, they somehow use that key to figure out the address of that memory location, go to that location, and return that value.

Figuring out the address is called hashing, and maps that work like this under the hood are called hash tables. Memory locations are called buckets. 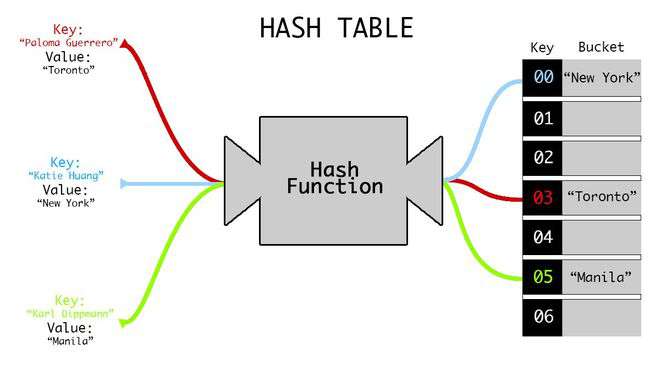