In arguments, few things are more frustrating than when you realize that someone is using bad logic, but you can’t quite identify what the problem is.

This rarely happens with the more well-known logical fallacies. For example, when someone in an argument starts criticizing the other person’s reputation instead of their ideas, most people know that’s an ad hominem attack. Or, when someone compares two things to support their argument, but it doesn’t make sense, that’s a false equivalency. But other fallacies are harder to spot. For example, say you’re arguing about politics with a friend, and they say:

“The far-left is crazy. The far-right is violent. That’s why the right answers lie the middle.”

Sure, it might be true that moderation is the answer. But just because two extremes exist doesn’t mean that the truth necessarily lies between those extremes. Put more starkly: If one person says the sky is blue, but someone else says it’s yellow, that doesn’t mean the sky is green. This is an argument to moderation, or the middle ground fallacy — you hear it a lot from people who are trying to mediate conflicts.

When you find yourself in arguments, it’s valuable to be able to spot and, if necessary, call out logical fallacies like this. It can protect you against bad ideas. Check out a few more examples of logical fallacies that can be tough to spot…

Naive Bayes. What may seem like a very confusing algorithm is actually one of the simplest algorithms once understood. Part of why it’s so simple to understand and implement is because of the assumptions that it inherently makes. However, that’s not to say that it’s a poor algorithm despite the strong assumptions that it holds — in fact, Naive Bayes is widely used in the data science world and has a lot of real-life applications.

In this article, we’ll look at what Naive Bayes is, how it works with an example to make it easy to understand, the different types of Naive Bayes, the pros and cons, and some real-life applications of it…

The implicit assumption is that if you study in multiple areas, you’ll only learn at a surface level, never gain mastery.

The success of expert-generalists throughout time shows that this is wrong.Learning across multiple fields provides an information advantage (and therefore an innovation advantage) because most people focus on just one field.

For example, if you’re in the tech industry and everyone else is just reading tech publications, but you also know a lot about biology, you have the ability to come up with ideas that almost no one else could. Vice-versa. If you’re in biology, but you you also understand artificial intelligence, you have an information advantage over everyone else who stays siloed.

Despite this basic insight, few people actually learn beyond their industry.

Each new field we learn that is unfamiliar to others in our field gives us the ability to make combinations that they can’t. This is the expert-generalist advantage.

Weird as it might sound, there are competitive rememberers out there who can memorize a deck of cards in seconds or dozens of words in minutes. So, naturally, someone decided to study them. It turns out that practicing their techniques doesn’t just improve your memory — it can also change how your brain works.

There’s been a long-standing debate about whether memory athletes are born with superior memories, or whether their abilities are due to their training regimens. These tend to include an ancient memorization strategy called the method of loci, which involves visualizing important pieces of information placed at key stops along a mental journey. This journey can be an imaginary walk through your house or a local park, or your drive to work. The important thing is that you can mentally move back through it to retrieve the pieces of information you stored. (The ancient Greeks are said to have used it to remember important texts.) 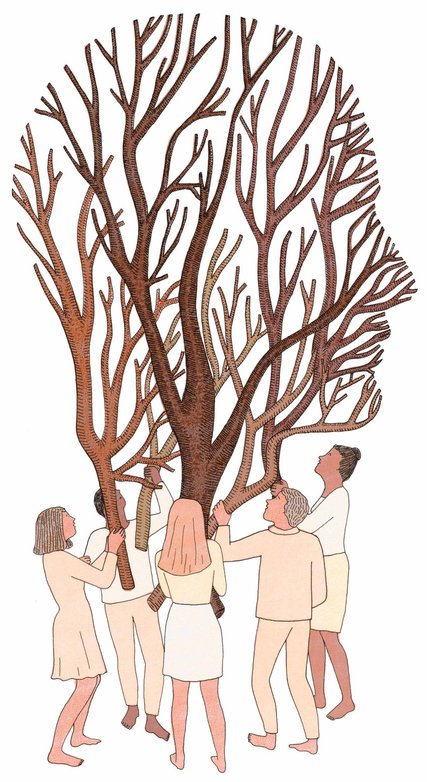 How can so many people believe things that are demonstrably false? The question has taken on new urgency as the Trump administration propagates falsehoods about voter fraud, climate change and crime statistics that large swaths of the population have bought into. But collective delusion is not new, nor is it the sole province of the political right. Plenty of liberals believe, counter to scientific consensus, that G.M.O.s are poisonous, and that vaccines cause autism.

The situation is vexing because it seems so easy to solve. The truth is obvious if you bother to look for it, right? This line of thinking leads to explanations of the hoodwinked masses that amount to little more than name calling: “Those people are foolish” or “Those people are monsters.”

Such accounts may make us feel good about ourselves, but they are misguided and simplistic: They reflect a misunderstanding of knowledge that focuses too narrowly on what goes on between our ears. Here is the humbler truth: On their own, individuals are not well equipped to separate fact from fiction, and they never will be. Ignorance is our natural state; it is a product of the way the mind works.

Tensorflow is a powerful open-source software library for machine learning developed by researchers at Google Brain. It has many pre-built functions to ease the task of building different neural networks. Tensorflow allows distribution of computation across different computers, as well as multiple CPUs and GPUs within a single machine. TensorFlow provides a Python API, as well as a less documented C++ API. For this course, we will be using Python.

This course will cover the fundamentals and contemporary usage of the Tensorflow library for deep learning research. We aim to help students understand the graphical computational model of Tensorflow, explore the functions it has to offer, and learn how to build and structure models best suited for a deep learning project. Through the course, students will use Tensorflow to build models of different complexity, from simple linear/logistic regression to convolutional neural network and recurrent neural networks with LSTM to solve tasks such as word embeddings, translation, optical character recognition. Students will also learn best practices to structure a model and manage research experiments.

What does it mean when someone calls you smart or intelligent? According to developmental psychologist Howard Gardner, it could mean one of eight things. In this video interview, Dr. Gardner addresses his eight classifications for intelligence: writing, mathematics, music, spatial, kinesthetic, interpersonal, and intrapersonal.